The time has come and I will finally be moving over to brand new editing softwares. Certainly may not be a big deal, despite that tools are tools, but having used Final Cut Pro 5.1 & 6 for six years and the ruckus that X has caused, this move shouldn’t shock. 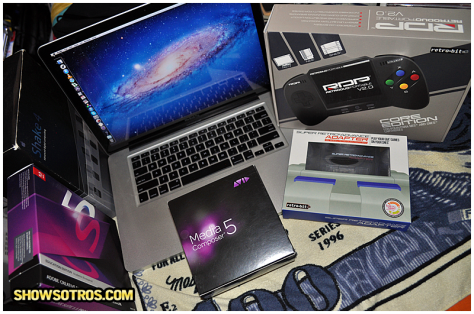 Nearly considered an iMac, I went for a Macbook Pro (Avid qualified) as the mobility provides a neat option, in case I get any call(s) for freelance work. Last time I worked on a laptop was back in mid-2008, having undergone the transition from Edius to Final Cut Pro; I used to shoot with an AG-DVX100A. As of now, for the sake of RAM speed, I edit on an old G5 computer using Leopard (10.5.8). Lasted me well, and still works, until Apple’s immediate jump from Lion to Mavericks happened in a flash that I couldn’t keep up. Then Adobe and Avid gave discounts for those moving away from Final Cut, while the rest is history. Currently, I shoot with an AG-HVX200. (Down the line, knowing that my projects will be growing and getting more complex, I will pick up a Matrox MX02 LE for H.264 encoding and a RAID system as well.)

Despite the fact we use Final Cut Pro 7 at work, I chose to move away and edit with new software. I haven’t used Premiere since version 6, and have only did a small run with Avid, testing out the Capture Tool, frame rates and color correction.

With Premiere, used back in 2003-2004, I’ve produced mostly school projects and montages; Same with Edius (version 3), plus projects I’ve created myself and freelance work. From Final Cut, came episodic content. I still have yet to produce a project from start to finish with Avid, so I’m looking forward to that. (You can see all my works on my website: http://showsotros.com/projects.)

On the side, I even picked up Shake—remember? It’s currently the most affordable software I can get my hands on, in terms of motion graphics and green screen work. Plus, I’ve always wanted to learn node-based compositing. (Yes, I work full-time but I’m still a bit of a penny-pincher.)

Oh, yeah, I forgot to mention the suites I picked up: it’s Adobe Production Suite v5.5 and Avid Production Suite 5.5. As you know, Media Composer and Premiere Pro are different animals, as are Boris (Avid FX) and After Effects, but I’ll be the judge of that. Although we can sit and enjoy a rigorous debate on each of the tools and the company’s reputation,  it’s best for me to say, “These are the tools I picked up, and so I’m ready to get the job done any and every which way.”

RetroDuo Core Edition and Super Retro Advance Adapter? That’s just a little extra I picked up on the gaming side (I’m a retro gamer). It is not shown but I picked up an NES ‘toploader’ console and was unaware of the “vertical bars” the signal casted on the games. Despite being a clone system, the Core should work fine (though it will leave my Dragon Warrior copy in the dust). I’d like an NES ‘toaster’ but the blinking screen has given me enough headaches, making my next possible purchase a reluctant gamble. A Famicom with 72-to-60 adapter? I’ll see. Nevertheless, I’m way overdue for a gaming-related review, so look for that on our website soon—Showsotros.com.

This is Kris speaking for Food For The Saints.

These days, it's all in the mind.